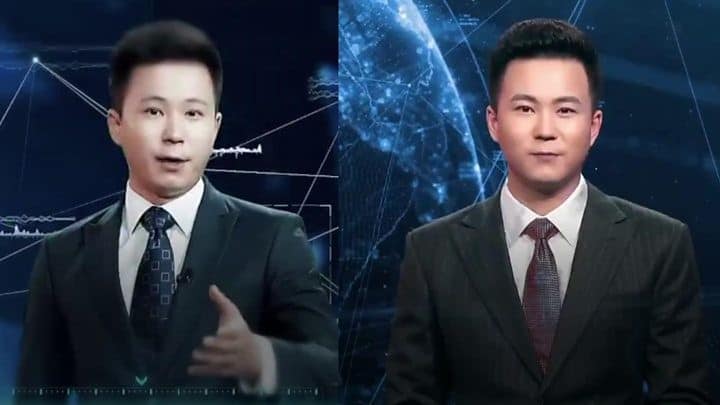 What is Artificial Intelligence?

A significant branch of Computer Science nowadays, Artificial Intelligence (AI) is a method for developing software that will enable machines to act like humans. For example, speech recognition, problem-solving, learning, and planning. It is the intelligence exhibited by machines as opposed to the intelligence inherited by humans and animals. 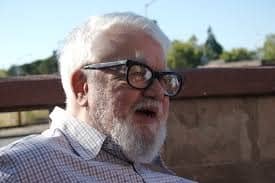 In the last few years, several AI concepts were put in front of the world by some eminent scientists of computer science to take technology up to a different level. But the man behind AI is an American Computer Scientist, John McCarthy, who first introduced the world with Artificial Intelligence at the Dartmouth Conference in 1956.

Although it’s primary objective was to create a computer-controlled robot or software, which can solve a problem by thinking like humans. In simple words to enable machines to imitate human intelligence. But with the advancement of information technology, the whole gamut of AI has expanded much beyond.

To understand the difference between AI and Human intelligence, first, we need to know what intelligence is. If we give a short definition, then intelligence is the ability to gather information, analyze it, learn from experience, understand, and come to a conclusion. Due to its natural behavior, it collects intellectual, cognitive functions like perception, memory, language, and planning. Here are some primary differences between Human Intelligence and Artificial Intelligence.

Human intelligence is a property of mind, to take an experience from the past. It is the power to adapt to the situation, deal with thoughts, and use oneself to get out of the situation. The energy efficiency of human intelligence is about 25 watts. Humans learn to manage hundreds of skills from his life. Man can make decisions from experienced scenarios. The human brain is analog. 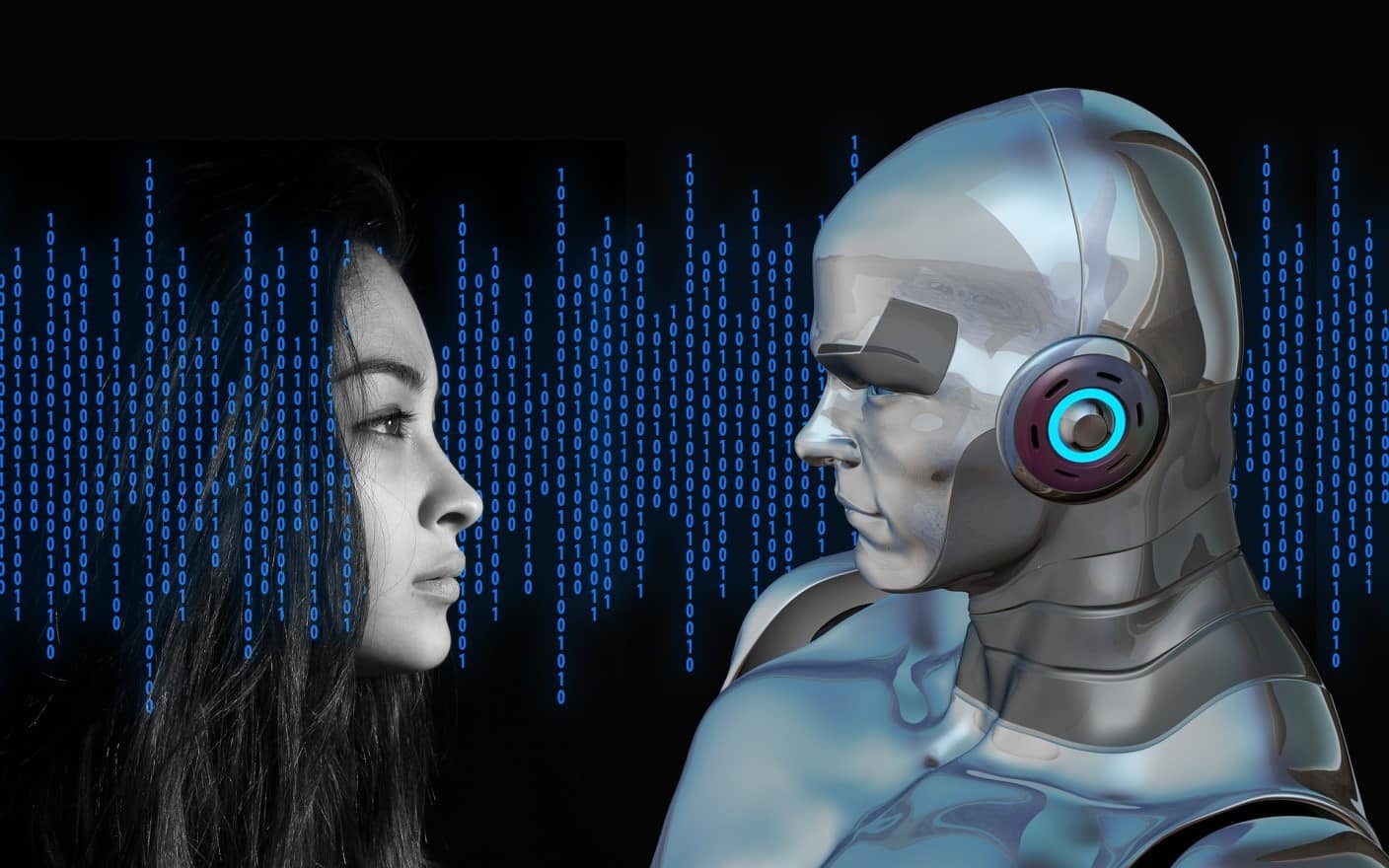 The field of AI focuses on designing machines that can mimic human behavior. Robots and AI software use instructions developed by scientists after in-depth study and regular improvements. AI research comprises of many tools and insights from many fields. It also overlaps for functions such as the central robotics system. The energy efficiency of AI is 2 watts in a modern machine or a learning machine. It takes a lot of time to teach the system on each responsibility.

Strong Artificial Intelligence: Strong AI is a system that performs tasks considered to be similar to humans. These are more complex algorithms and programs. It can handle even trickier situations without the intervention of a person. You can see such systems in self-driving cars or operation rooms of hospitals.

Arend Hintze, an assistant professor at the Integrative Biology and Computer Science and Engineering Department, Michigan State University, has further categorized the Strong AI in the following four parts:-

An example of this is Deep Blue, an IBM chess program that defeated Garry Kasparov in the 1990s. They designed Deep Blue in such a way that it can identify the pieces of the chessboard and make a prediction with its features. But it does not have some memory of its own. Hence it cannot remember its past movements and use in future strategies. It analyzes the possible moves of its own and its opponent’s, and then it selects the best strategic move. Deep Blue and Google’s AlphaGO were designed for narrow purposes, so it doesn’t apply in all other situations.

AI systems of this type use their past experiences to decide their future decisions. Some decision-making functions used in autonomous vehicles are designed in this way. By using such observations, possible events/accidents/incidents can be prevented to some extent in the future, such as a car changing its lane. These observations are not permanently stored.

It is a psychology term and a theoretical concept. In this case, the machine will have its own beliefs, desires, and intentions, which will influence its decisions. Such type of AI system is yet to be developed.

Under this category, AI systems have their self-awareness, a consciousness of their own. Machines will possess self-awareness; they understand their current state and use the same information to understand or feel about it. AI of this type is also not yet developed. 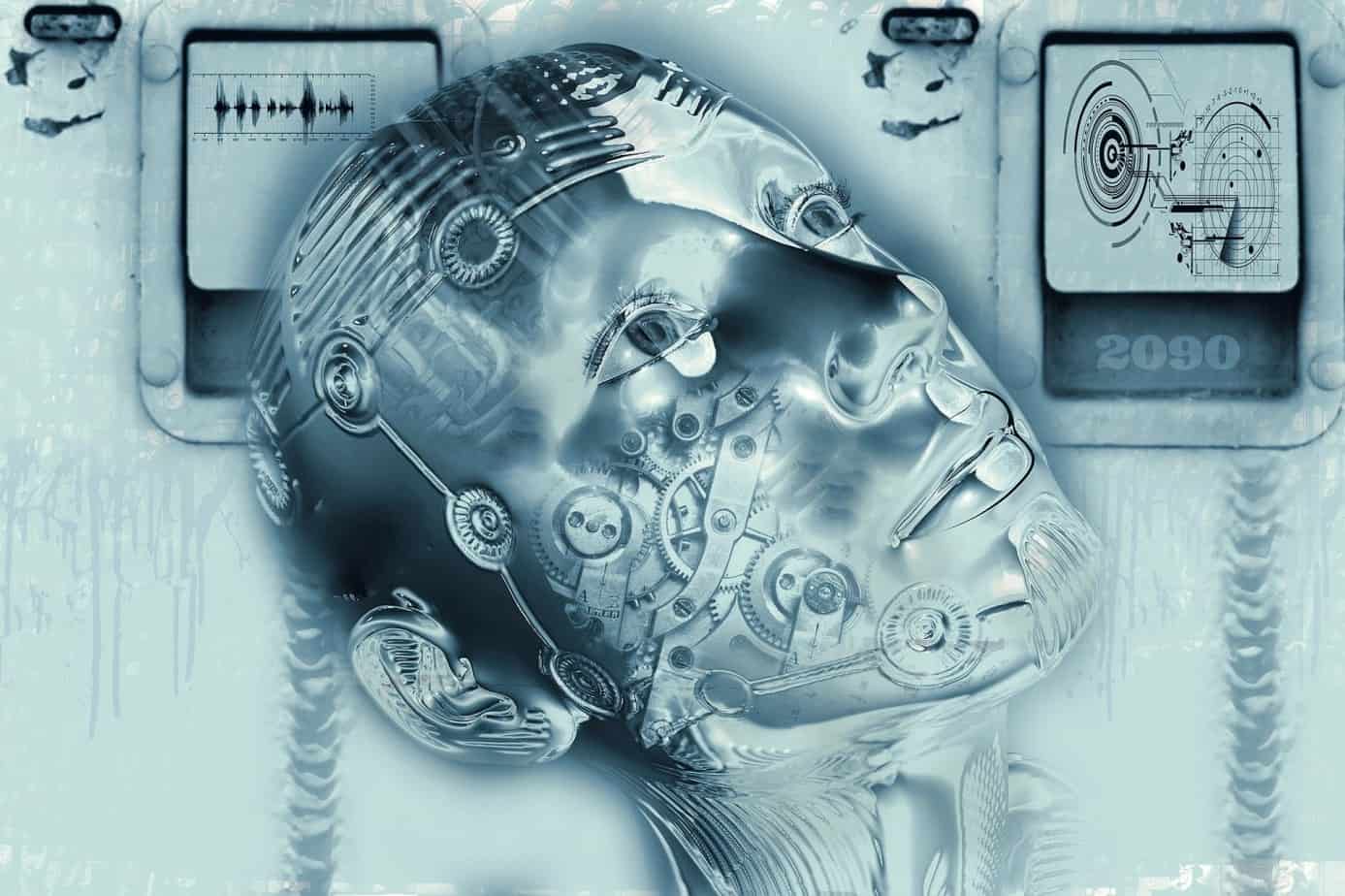 The most significant use of AI is in the healthcare industry. The biggest challenge here is how we can treat patients better and that too at the least cost. That’s why now companies are using AI in hospitals so that the patient can get better treatment. One such famous healthcare technology is named IBM Watson, which is an interactive healthcare program. Apart from that, small AI programs called Health Assistants are also available for consultation in common health-related issues. With the use of those software and a lot more yet to come, the healthcare industry is going great.

The machine is now performing highly repetitive tasks with the help of robotic process automation. AI algorithms are now being integrated with analytics and CRM platforms to know how companies can better serve their customers. Chatbots are being incorporated into websites of the companies to sort out grievances of the customers immediately.

Now with the help of AI, grading and evaluations can be automated, which will give the educators more time to focus on teaching their children. With the help of AI, the weaknesses of a student can be easily assessed. Which student is weak in which subject or even the section of those subjects can be determined so that a perfect study plan can be prepared for that particular student. Now students can find answers to any of their queries with the help of AI Tutors by sitting at home; this subsequently also increases his interest in studying. 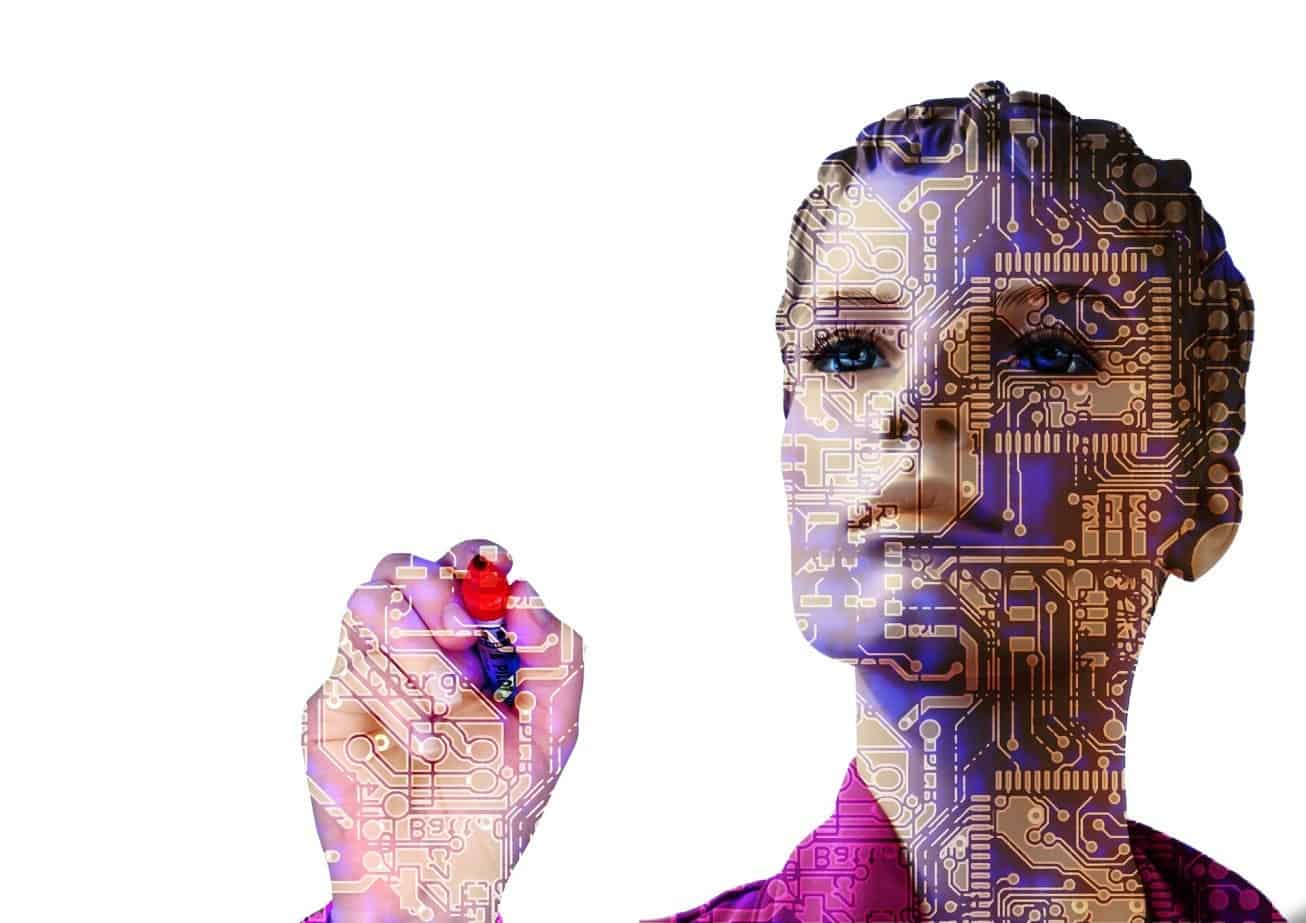 Financial institutions are reaping considerable benefits from the growth of AI technology. Earlier companies had to invest a lot of money and time for data analysis. But now they can do it in a short time with the help of AI, which saves both their time and money.

AI is also very popularly used in the manufacturing industry. Earlier it used to take hundreds of skilled and unskilled men to do a work in any manufacturing sector. Now machines with AI capabilities have provided the cutting edge to the industry to produce better products in a short time.

There are many industries and fields which are potentially dangerous for humans. Artificial intelligence is successfully used in all those industries and areas, such as mining, fuel exploration, deep-sea exploration, etc. Not only this, but these sophisticated devices can also be used to explore the ocean floor as they are beyond the limits of the human. There are various other sectors, such as radioactive and biohazard product manufacturing industries, where the AI-enabled devices are used given human safety.

Computed methods for automated reasoning, learning, and perception have become a common phenomenon in our everyday lives. Cortana in Windows 10 or Siri is always ready to help us. We rely on the road map for long driving and travel with the help of GPS. 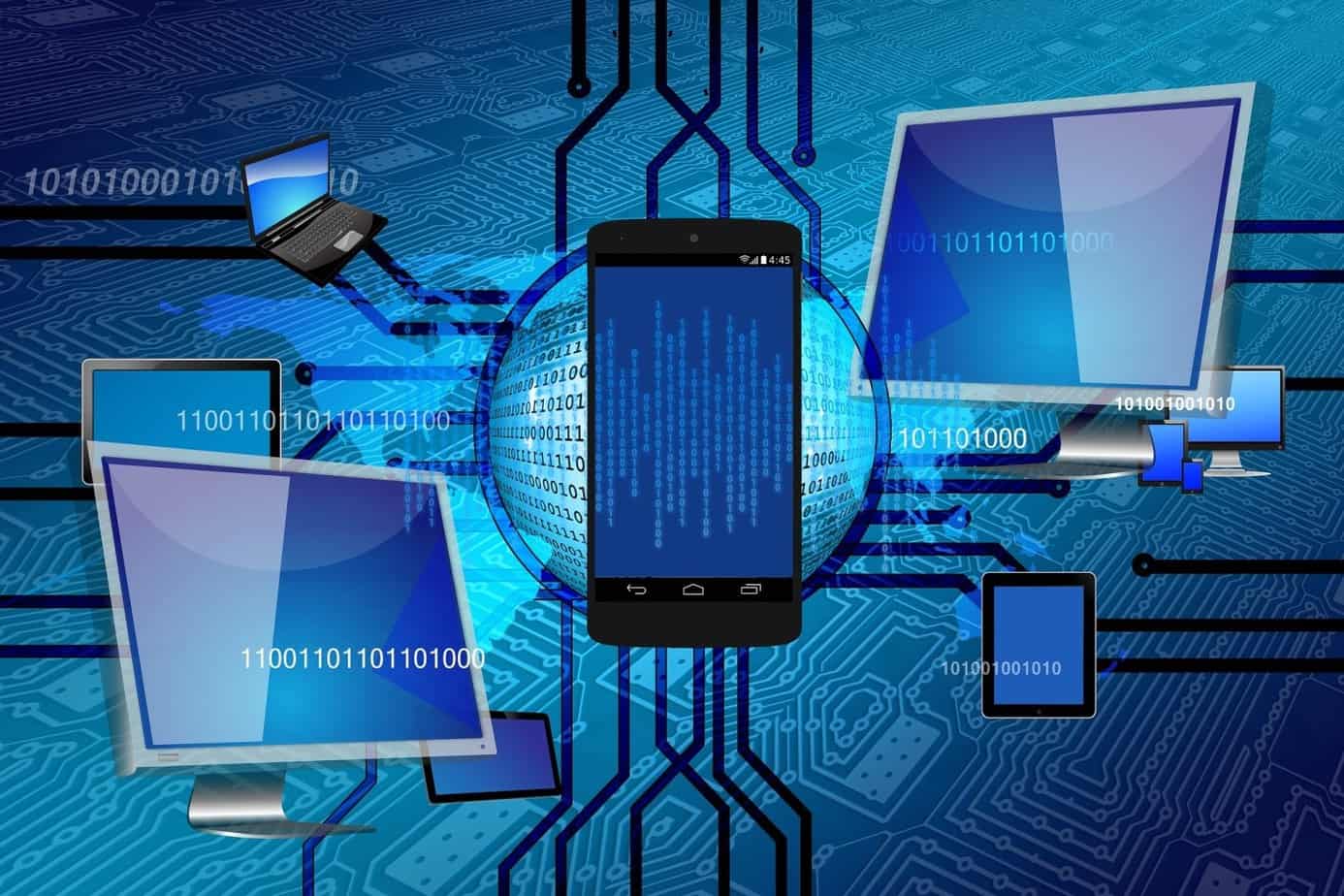 Artificial Intelligence and our Future

The use of Artificial Intelligence is exponential with each passing day. We, humans, are unconsciously becoming dependent on AI technology and machines running on AI. We are developing Artificial Intelligence at an accelerated pace with the hope that it will solve our complex works. With this happening, these machines are becoming even more powerful not only in analyzing its condition but also in analyzing its environment and surrounding. With this, their capability of thinking is also increasing slowly. Which will resultantly give them the power to mold themselves in any situation and environment, and that will not be a good thing for us.

That day is not far when “they,” and when I say “they” it is purposeful, if not rule humans will certainly in a position to control us. Here they refer to all AI-enabled machines  that not need to look like a robot. It can be your laptop, your mobile, or an app on your mobile. They may stop following our orders and start to decide according to their own free will. In such a situation, the society may have to suffer a lot. They have already taken over all our industries, healthcare, transport, communication, even our homes. And we have already become so much dependent on them, that even today without their help we face difficulty in doing our most straightforward works. 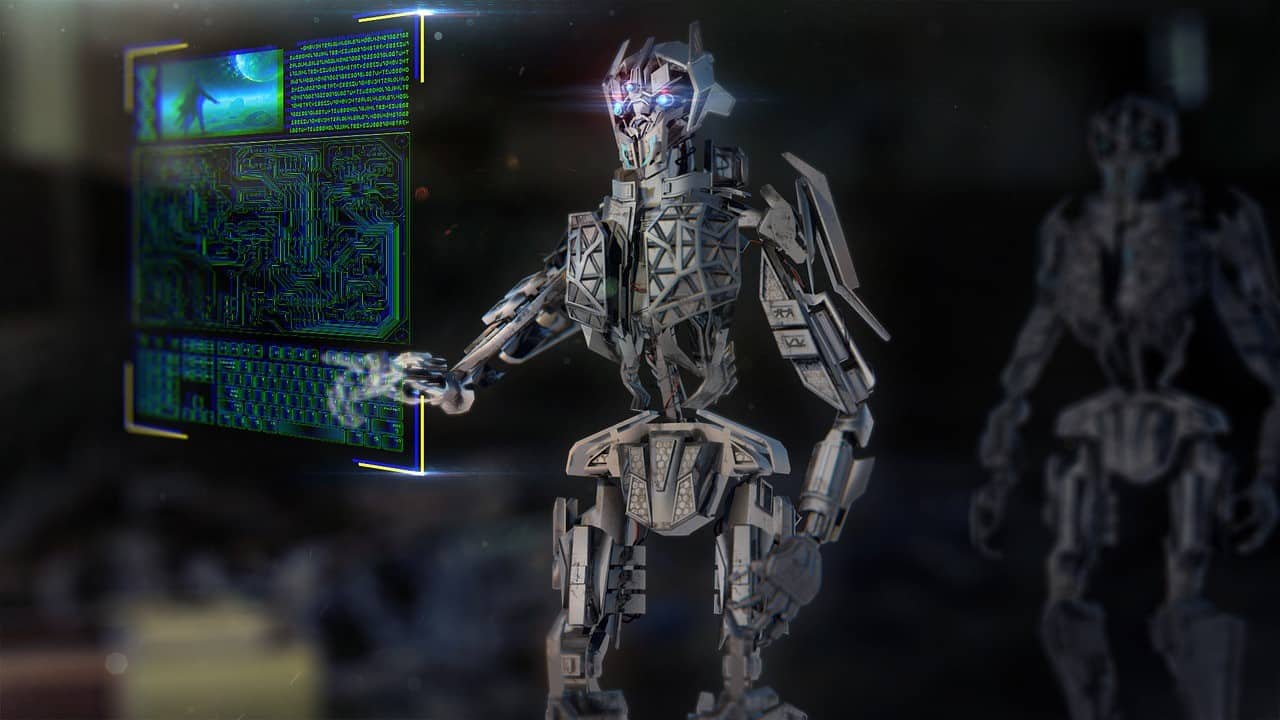 So, let’s conclude, is Artificial Intelligence taking over the human race? Though it may sound a little awkward, yes it is. Not literally, but the day will come very soon when we completely hand over control of our lives into the hand of these AI-powered machines ourselves. I mean, look around us; we are already trapped in a jungle of AI-controlled devices, and dependency on AI is increasing day by day. How long will it take to humanity to completely submit itself to the Artificial Intelligence? So, I believe that even if we use Artificial Intelligence for goodness in our life, we must keep one thing in mind. “If there is something which can be out of our control, then we must prepare and maintain a safety button with us. Which can be appropriately used when the time comes”.