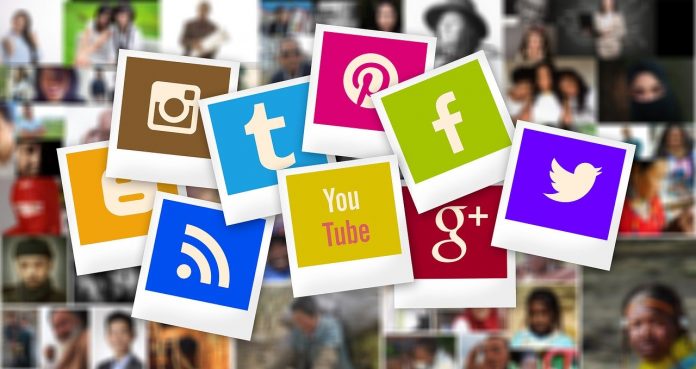 A lot of young people believe that they can just go and develop a good app or website and make a good fortune from it. Actually, they are moving in the wrong direction. The landscape of Coding is changing very fast. Building your apps and websites just doesn’t work that well anymore.

It used to work well but not anymore. If you take a look at the landscape of internet usage, a lot of people aren’t willing to install apps anymore these days. And as per web uses, more and more persons are consolidated onto the larger social networks like YouTube, Twitter, Instagram, and even Facebook. And of course, the younger generation using TikTok or Snapchat.

Where most of the internet usage is consolidated?

If you take a look at how people are using the internet, desktop website usage has dropped a lot, and people are surfing the web on their phones. And on phones, people are using just a few apps. A report says that half of Americans download zero apps per month. These top apps people are using are YouTube, which is used by around thirty-five to forty percent of mobile users. Then you have Instagram, Twitter, LinkedIn, Facebook, and another bunch of other top apps, but these are mostly sizeable social network platforms.

Is there a future of independently built websites or apps?

If you want to go out there and you build this small little app or website of yours. It is improbable that it can attract people to want to leave their social networks on their phones and to go check out your site or install your app. They might think about once or twice, but then they’re going to go back to watching YouTube videos or checking their Instagram.

For example, if you want to create dogsjob.com, a website for dogs to get a job. Then firstly people will be visiting it on their mobile phones. Secondly, a lot of people are busy using their social networks, and they don’t want to be bothered to go and register on your website. So you’ll probably be going to want an app for that.

Now, the problem is that building an app these days is quite tricky because most people these days spend ninety-nine percent of their time in the top ten apps only. If you build an app, you have to do that for android as well as the iPhone. Then to get people to try and understand your app, keep that installed on their phones and revisit your app, you have to make it a high-quality experience, which would always require a good team and resources. That’s why it is assumed that the mobile apps business is pretty much left for these larger app companies, who can afford hundreds of thousands of people working on these apps. 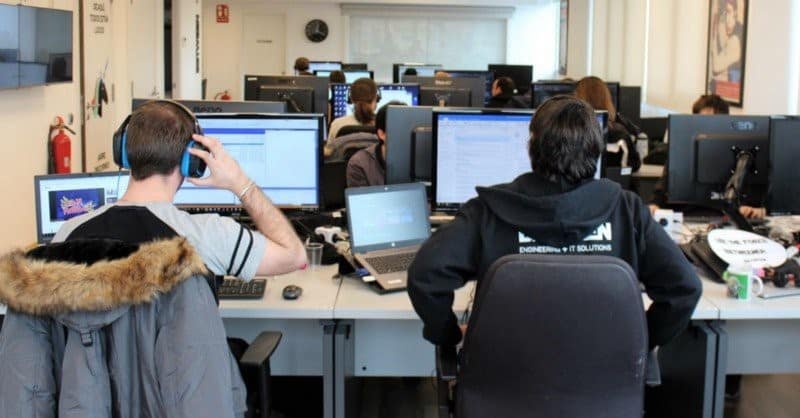 Let us see some statistics, today, an average American spends 3.6 hours a day on a mobile device, accounting for over half their daily digital media usage. Though there is a decline in the selling of smartphones, people are using their devices much more than ever. 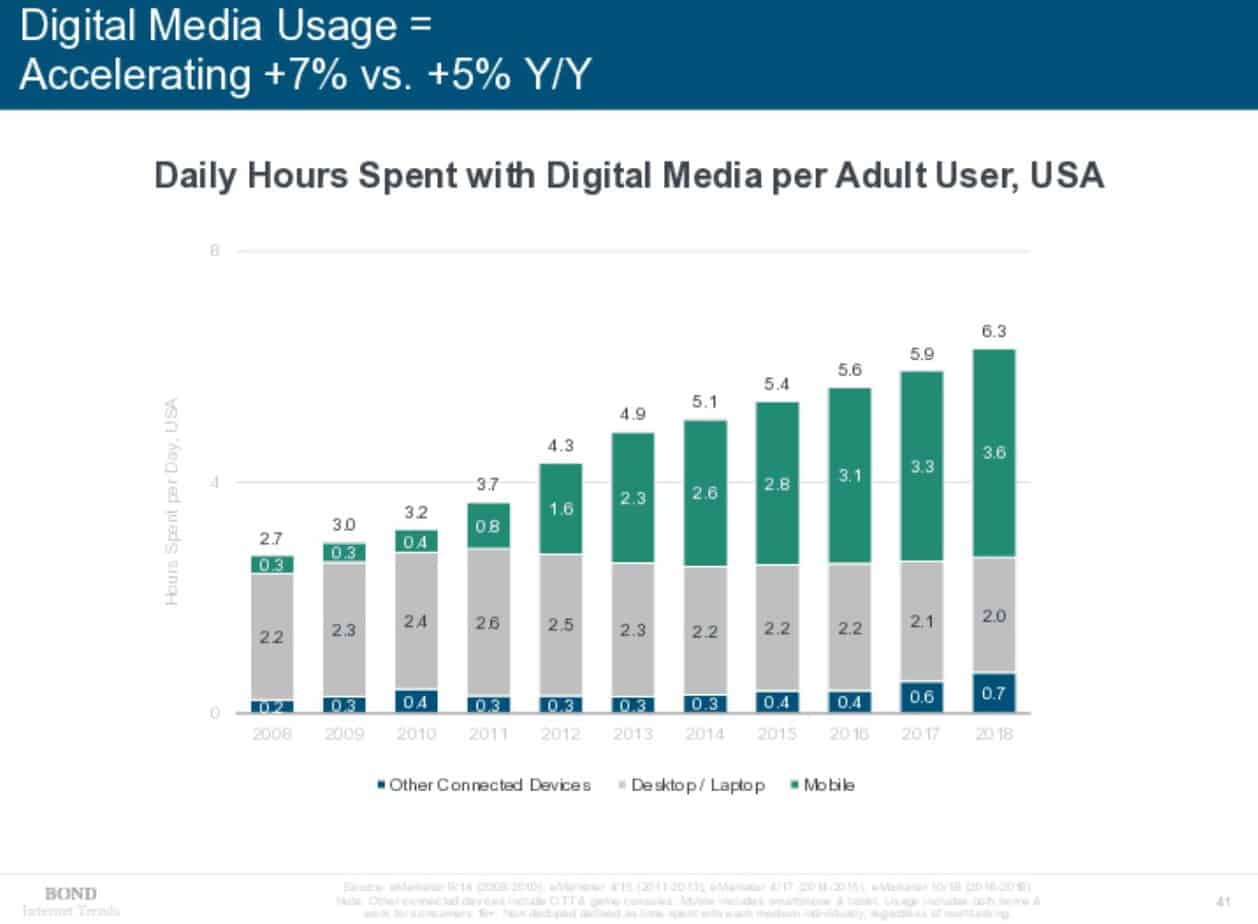 So we can say that more people are using their phones, and also that mobile users are spending eighty-seven percent of their time in apps and just thirteen percent on the web. But surprisingly, more than half of smartphone users in the US download zero new mobile apps per month. So even though people are spending prolonged time on apps, they’re not downloading any new app. Now which apps are then people spending their time then. Well, its interesting, ninety-seven percent of the usage is just in the top ten apps even that fifty percent spend their time only on one app.

These top ten apps are as under :

So it’s mostly these large social networks platforms, and when you go out and create your apps or independent website, you’ll try to take people off of these incredibly sticky social networks, where people enjoy spending their time.

They don’t want to leave these platforms, and that’s sort of evidence why most people are downloading zero apps per month, evidence why people spending eighty-seven percent of their time on apps and thirteen percent the websites. So the chance of their visiting your potential app or website is meager.

Is Coding useless then?

No, that doesn’t mean that Coding is useless. On the contrary, Coding is more relevant than ever before. It is essential, but our traditional concept of how to plan our Coding is something to be revisited. Building an app or a website in a conventional way is no longer effective in today’s ecosystem. 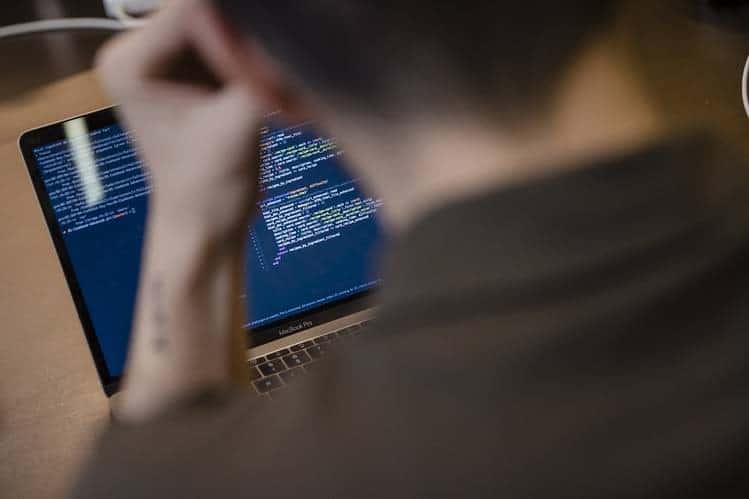 Where does that leave us?

First of all, you need to understand that it didn’t use to be this way. Apps need to go viral in order to succeed. In the old days, you were able to launch an iPhone app or an android app like Facebook or Twitter, and it was able to go viral, and then you can start to gain users, and then that would be financially viable for you. Or you could be creating a website, and in those days, a lot of people didn’t know how to build a website. So if you made one, it was a pretty special thing. People would go there, and they would revisit it over and over.

These days how do you go viral or what goes viral?

If everybody is on YouTube or Instagram, you have to go viral on these platforms to launch your software business. And not only that, you have to go viral on these platforms if that’s possible repeatedly. Secondly, you must have an excellent landing webpage for your software, where you can write your value statements. From that landing page, either you can sell your software directly, whether it is a service or game, or you can collect email ids and then market your products through their emails.

How to sell your software?

Now the main point here is your software is your product, and thus it should have some values. Its not like your website will become a sticky one and people will visit it again and again. It is unlikely that people will leave their social media platforms such as YouTube and Instagram for your webpage. They may visit your webpage for one minute for most and come back to their favorite apps. You will have only this one minute to sell your product. You can market your product through these social marketing platforms first and redirect a potential customer to your landing page. You can also find other influencers to partner with you and market your product. 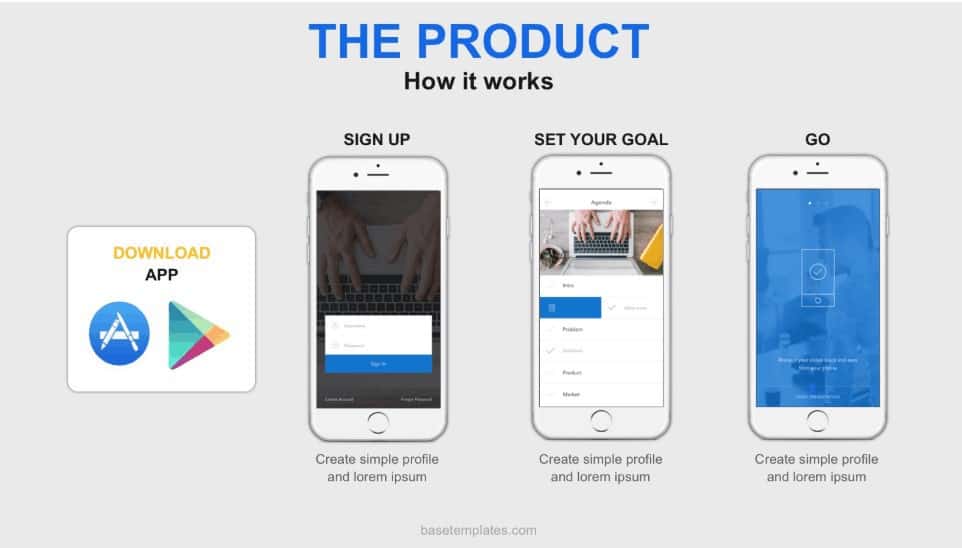 To conclude, it may be said that Coding has become easier and harder at the same time. The easier part is building a website or an app. Back in those days, it wasn’t very easy. But nowadays, we have third-party service providers such as Amazon AWS, Google Cloud, Firebase, and similar technologies for building a website or app very quickly. Because of that, the value of an app or website is very much diluted. And the harder part is to fit your Coding in the modern usage patterns, i.e., planning and writing such codes which are useful for the users.

AlexaS - 22 January, 2020
In a nutshell, it is -"Linking User Stories and Domain-driven design to testing." In simple words, it is a methodology for doing development on...