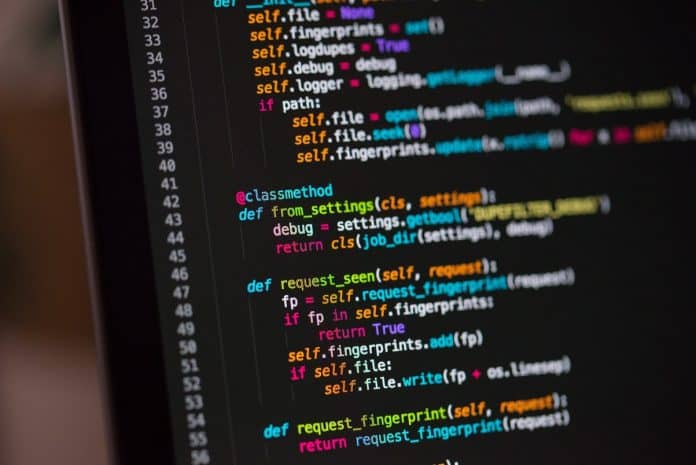 In a nutshell, it is -“Linking User Stories and Domain-driven design to testing.” In simple words, it is a methodology for doing development on the basis of the system’s desired behavior.  This a new thinking which brings all the stack holders (developer, business analyst, and Business users) together to work in a collaborative manner, which results in a better and robust application.

Why BDD came into existence?

In earlier days, For development, Test Driven Development (TDD) methodology was used. Some improvements were needed in the TDD approach. Following are those improvements-

From the Business Analyst’s Perspective –

What are the Benefits of BDD?

How to Implement BDD in Development?

In Java, JBehave is the API to implement BDD.

In .Net, SpecFlow is the tool to implement BDD.

In C, CBehave is the tool to implement BDD.

Jbehave is a tool for implementing Behavior Driven Development (BDD) in Java.

JBehave’s design is highly embeddable in its configuration and execution. At its heart, The Embedder separates the configuration of the story run from the matching of java methods with the textual story steps:

The Embedder uses the list of CandidateSteps and the Configuration. It has sensible defaults for the configuration, for example, MostUsefulConfiguration.

Locating Stories: In JBehave, stories can be found locally, i.e., in the classpath, or externally, locatable via URLs. Depending on where the stories present, an appropriate StoryLoader needs to be defined:

JBehave allows multiple path configuration of the Embedder so that users can choose the one that best fits their needs. 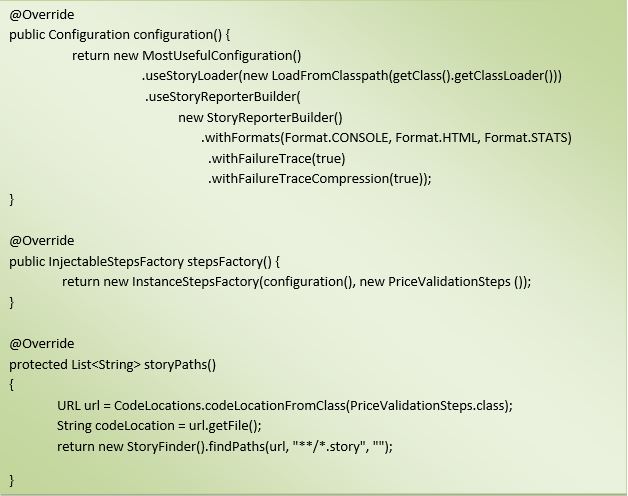 It is the place we need to write the glue code which gets executed for each step in the story file. In simple terms, it decodes the text in story file and executes desired business logic.

JBehave uses method annotations (for example – @Given, @Then, @When) in Java step classes to link a Java method to a StepCandidate. Each step candidate corresponds to one Java method and one StepType. A step candidate holds the regex pattern contained in the annotation value, which is useful to match the textual steps in the scenarios.

So, given one or more steps class instances, each containing one or more annotated methods, JBehave collects a list of step candidates, which is useful to match the textual steps found in the scenarios. For each given StepType, the regex pattern must be unique. 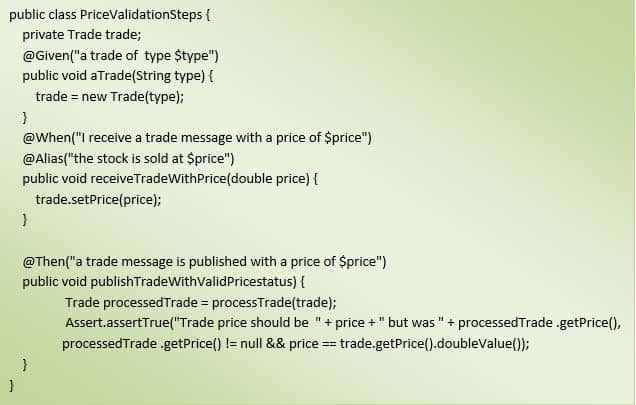 The following screenshot shows the sample report generated by JBehave –